Sponsored by the Master of Autism Studies program, Department of Communicative Sciences and Disorders, and LOGAN Autism Services

Rather than target individual behaviors one at a time, Pivotal Response Treatment (PRT)® targets pivotal areas of a child's development, such as motivation, responsivity to multiple cues, self-management, and social initiations. By targeting these critical areas, PRT® results in widespread, collateral improvements in other social, communicative, and behavioral areas that are not specifically targeted.

The underlying motivational strategies of PRT® are incorporated throughout intervention as often as possible. These include child choice, task variation, interspersing maintenance tasks, rewarding attempts, and the use of direct and natural reinforcers. The child plays a crucial role in determining the activities and objects that will be used in the PRT® exchange. Intentful attempts at the target behavior are rewarded with a natural reinforcer (e.g., if a child attempts a request for a stuffed animal, the child receives the animal, not a piece of candy or other unrelated reinforcer). Pivotal Response Treatment® is used to teach language, decrease disruptive/self-stimulatory behaviors, and increase social, communication, and academic skills.

PRT® was developed by Drs. Bob and Lynn Koegel. Over the past 30 years, the Koegels, their graduate students, and their colleagues have published over 200 research articles in peer-reviewed journals that support the effectiveness of PRT®, and have written over 30 books and manuals.

According to the studies that form the evidence base for PRT®, children with Autism Spectrum Disorder aged from 2 to 16 years have benefited from PRT® intervention. Research has shown that the use of motivational techniques within the PRT® teaching framework can lead to 85-90% of children with autism (who begin intervention before the age of 5) developing verbal communication as a primary mode of communication. Researchers have also identified specific behavioral characteristics associated with favorable responses to the teaching practices. Precursors related to positive outcomes thus far include increased use of social initiations and more toy play as well as decreased social avoidance and stereotypic language.

Upon completion of this workshop, participants will be able to: 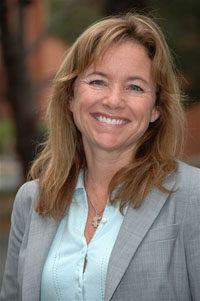 Dr. Lynn Kern Koegel is a professor in the School of Medicine at Stanford University. Prior to joining the faculty at Stanford, she was the Founding Clinical Director of the Koegel Autism Center at the University of California at Santa Barbara. Dr. Koegel has been active in the development of programs to improve communication in children with autism, including the development of first words, grammatical structures, pragmatics, and social conversation. In addition to her published books and articles in the area of communication and language development, she has developed and published procedures and field manuals in the area of self-management and functional analysis that are used in school districts and by parents throughout the United States, as well as translated in other major languages. Dr. Lynn Koegel is the author of Overcoming Autism and Growing Up on the Spectrum with parent Claire LaZebnik, published by Viking/Penguin and available in most bookstores. 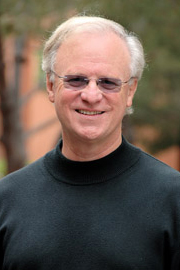 Bob Koegel, Ph.D., is a senior researcher in the School of Medicine at Stanford University. Prior to joining the faculty at Stanford, he was the Founding Director of the Koegel Autism Center at the University of California at Santa Barbara. Dr. Koegel is an international authority in the area of autism, specializing in language intervention, family support, and school integration. He has published well over two hundred articles and papers relating to the treatment of autism. He also has authored 6 books on the treatment of autism and positive behavioral support. He has been the recipient of numerous multimillion dollar research and training grants from the National Institutes of Health, the U.S. Department of Education, and the National Institute of Mental Health. Models of his procedures have been used in public schools and in parent education programs throughout California, the United States, and other countries.

Dr. Lynn Kern Koegel and Dr. Bob Koegel are the developers of Pivotal Response Treatment®. They were the recipients of the first annual Children’s Television Workshop Sesame Street Award for “Brightening the Lives of Children” and the first annual Autism Speaks award for “Science and Research.” In addition, Dr. Lynn Koegel appeared on ABC’s hit show “Supernanny” working with a child with autism. The University of California at Santa Barbara received a $2.35 million gift to expand the physical space of the Center, which was renamed the Koegel Autism Center in recognition of the Koegel’s work on behalf of children with autism, and a large gift from the Eli and Edythe Broad foundation to start a Center for Asperger’s Research, which is now part of the Koegel Autism Center.

Disclosure: The Koegels will receive an honorarium from Saint Mary’s College for their presentation. They have no significant nonfinancial relationships to disclose.